Click here to get to the event-page at Kultursommer Wien (Culture Summer Vienna). 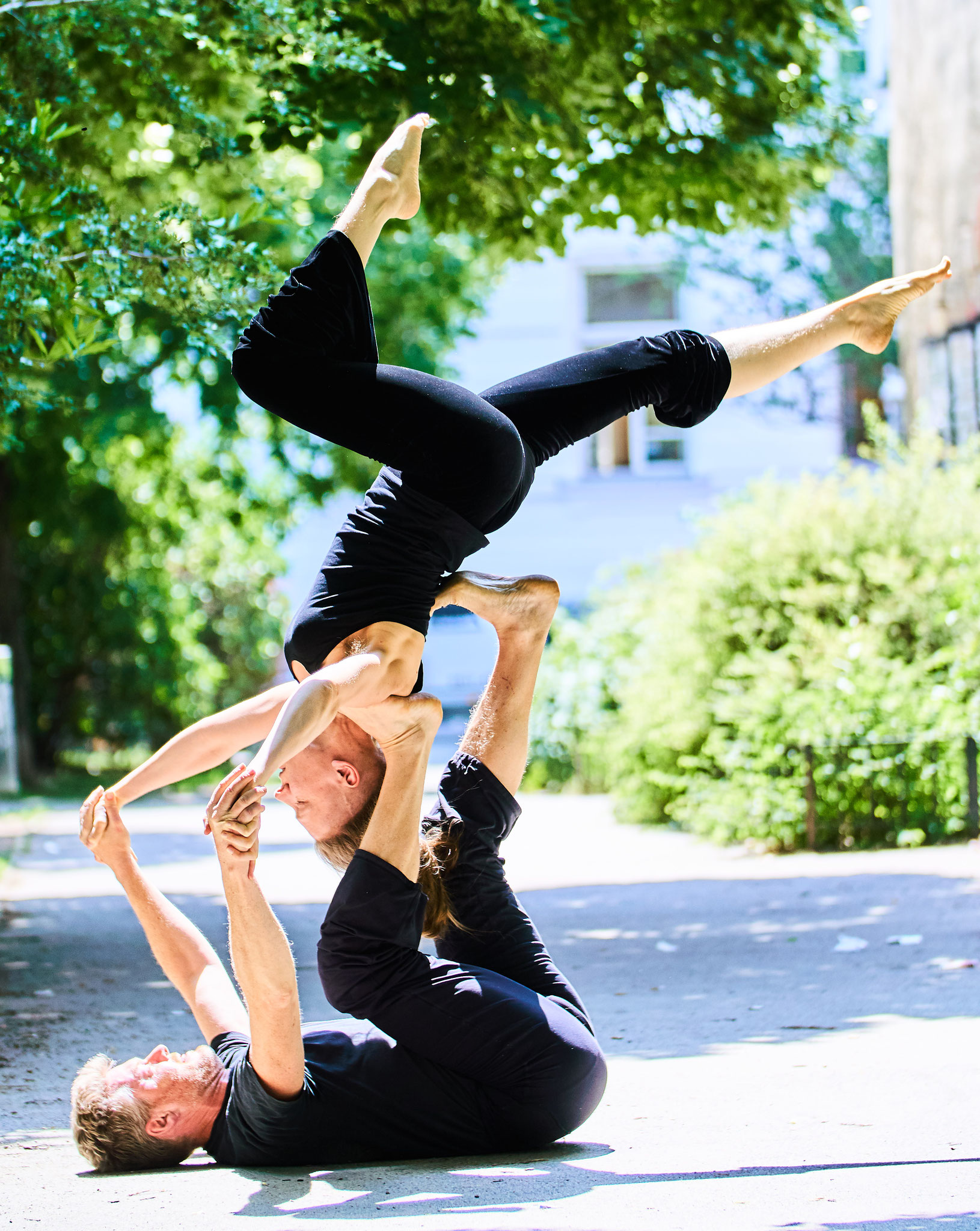 Using the means of performance and dance, the common good economist and dance performer Christian Felber and the queer*feminist artist and gender researcher Magoa Hanke explore visionary reform ideas to change the current economic system, democracy and society. The two performers interweave partnering, acrobatics and contact improvisation with spoken text, which is inspired by Christian Felber's reform ideas such as the Economy for the Common Good, ethical world trade and sovereign democracy as well as Magoa Hanke's passion for feminist movements.

The piece is based on a performance for the members of the European Economic and Social Committee in the Albert Hall in Brussels - as part of the cultural event on the occasion of the 60th birthday of the EESC.

Author of 15 books, initiator of the Economy for the Common Good and the Bank for Common Good project. New Dance training in Vienna in 2001, since 2002 training at Tanzquartier Wien with David Zambrano, Frey Faust, Zvi Gotheiner, Christine Kono, Chris Haring, Rasmus Ölme, Nicole Caccivio, Martin Sonderkamp, Iñaki Azpillaga, Laura Arís and many more. Performances among others with Eva Brunner at Tanzsommer Graz, with Cie. Willi Dorner, toxic dreams, Theater am Hausruck and a dance piece with Artemis Stavridis for the Common Good Festival 2016 in the Vienna Volkstheater.

Queer*feminist theater maker, performance artist and gender researcher. Magoas productions interweave interactive theater and contemporary shadow theater with elements from performance, dance and acrobatics. The starting point in terms of content are queer*feminist questions relating to the body, power and utopia. As drag performer, Magoa explores the topics of gender and sexuality, choosing an intersectional approach. International performances and seminars as well as long-term cooperations with universities, municipalities, NGOs and cultural institutions.